Galicia: a story in the world

Galicia: a story in the world [Galicia, un relato no mundo] explores the interaction between the historical land of Galicia and the rest of the world, in a tale that takes us from the Prehistoric Age to the present. It has been conceived as the first of three major exhibitions organised by the Regional Government of Galicia to celebrate the Jacobean Year of 2021, focusing on Galicia’s international relations and its presence in the world.

For the first time ever, outstanding pieces of high symbolic value for the history and culture of our country will be arriving in Galicia for the exhibition. They are currently in prestigious museum collections around the world, such as the Parker Library of Corpus Christi College, Cambridge, the Vatican Apostolic Library, the Library of Arezzo in Italy, and the National Museum of Archaeology in Portugal.

These first-time opportunities include the Lebor Gabála Érenn (Book of Invasions), part of the Book of Leinster, which tells the story of the invasions of Ireland by different peoples, and includes the first known mention of the legendary character Breogán. It will be the first time that this essential work of mediaeval Irish literature has left its country. Also making its first trip to Galicia will be the Sawley Map, considered one of the first European encyclopaedic maps of the world, dating from the period of the Portico of Glory (12th century). It represents the Cathedral of Santiago as the most important building in Europe, among many others of enormous relevance.

+ Click here for more detailed information on the most important pieces

Curated by the journalist, professor and science writer Manuel Gago Mariño, Galicia, a story in the world examines the role of different cultures, peoples and key historical events that moulded Galician history and identity. It also explores the relations and profound connections between the Galician community and other countries, above all European and American, confounding the myth of isolation and periphery and exploring the role and impact of Galicia in the world.

Among the aspects that will be covered in the story told by the exhibition are matters such as technological innovation, cultural and artistic trends, the integration of peoples and cultures, the influence of historical routes of communication such as the pilgrimage to Santiago de Compostela, the great migratory movements in Europe in the 19th and 20th centuries and the growing internationalisation of the Galician economy.

Galicia: a story in the world uses an exhibition technique based on the idea of exploration by the users who interact with graphic and interactive layout solutions to decide how much information they want to receive at any time. Technologies such as movement and presence sensors, immersive systems, interactive projections and augmented reality will play a significant role in the construction of the exhibition story. 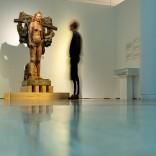 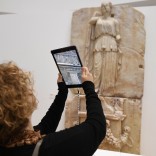 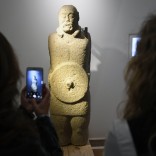 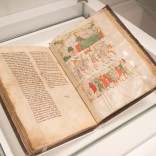 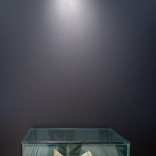 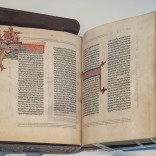 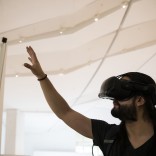 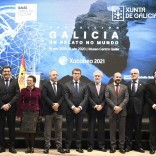