Gallaecia Petrea constitutes a journey through the presence of stone in Galician culture, from the earliest times down to the present day; from the moment it became the basic element that shaped the landscape to its more recent uses in forms of cultural expression. It provides an insight into the relationships between territory and stone, generating a debate on one of the hallmarks of Galician culture, the Galician landscape and the Galician way of life, addressing the use of stone as both building material and artistic medium, explaining not only the reasons why it is used, but also the techniques used to work it and the various aesthetic languages employed. It features some of the most significant examples of such uses, both utilitarian or artistic, in varying kinds of stone, yet stems from a geological analysis of the territory to explain the choice of a specific material in each case.

Gallaecia Petrea brings together, for the first time ever, the most significant stonework produced in Gallaecia, namely modern-day Galicia, Northern Portugal and adjoining areas of Asturias: the territory bounded by the River Duero to the South and the River Navia to the East. A geographical territory marked by the presence of stone since the late Mesozoic Period, 200 million years ago; a socio-political territory that has been planned and defined since Roman times; a series of borders that moved one way or another according to the twist and turns of history until they were eventually fixed in the Early Middle Ages. To compare stonework produced throughout this territory over the same period is the best way to certify the existence of an intense relationship that enables us to understand a shared set of analogies, intentions, proposals and projects.

Within the territory of Gallaecia, the overriding presence of granite and slate by no means conceals the use of other types of stone; indeed, even when imported, they were adopted into local tradition and acquired the status of an almost native material, as in the case of jet. It is highly significant that there has been little change in the way the most traditional stones are crafted, whilst new building techniques, ideas and languages have led to the incorporation of other materials, down to the modern-day use of artificial stone or paint that imitates the appearance of stone. 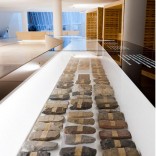 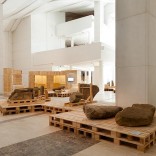 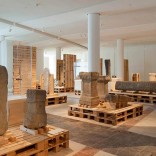 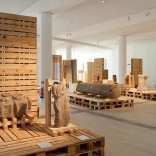 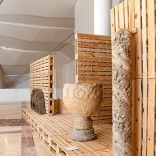 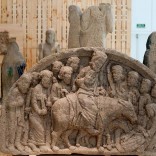 Free admission every Wednesday (except holidays)